You can customise the cookies options while browsing AliveShoes.

Made in Italy
Soulja Stars by Deandre Way Chunky low top
Made in Italy CUSTOM CRAFTED IN ITALY AND SHIPPED TO YOU

Each design is meticulously constructed by a skilled network of selected Italian artisans, there are no finer hands in the field. The handcrafting and the materials, are state-of-the-art.

Soulja Stars official collection designed by Soulja Boy. Order your pair today invite your friends for a chance to win a free pair! Tag #SouljaStars on all social media for a chance to be featured!

Custom crafted
Made in Italy 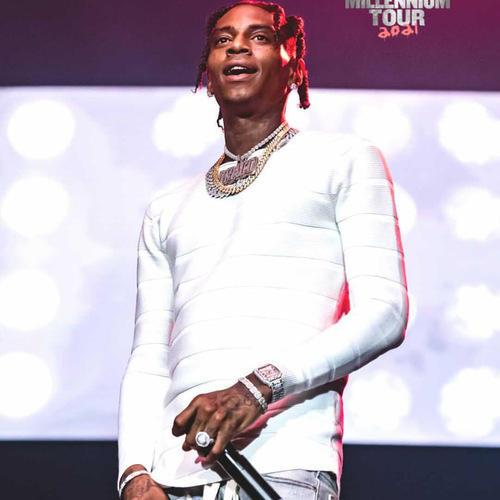 DeAndre Cortez Way (born July 28, 1990), known professionally as Soulja Boy (formerly Soulja Boy Tell 'Em), is an American rapper and record producer. In September 2007, his debut single "Crank That (Soulja Boy)" peaked at number 1 on the U.S. Billboard Hot 100. The single was initially self-published to the internet, and later became a number-one hit in the United States for seven non-consecutive weeks starting in September 2007.[5] On August 17, Way was listed at number 18 on the Forbes list of Hip-Hop Cash Kings of 2010 for earning $7 million that year.[6]
http://www.instagram.com/souljaboy

Oops, something
is missing

Thanks for submitting the e-mail!

Time to try your luck now, you can win great discounts or a free pair. Roll to begin!

Oops! the size of the image is not correct

Hey there, the image you have uploaded is not of the right size, we advice to upload again with this dimension 800px x 445px to have a good end-result on your shoe.

Upgrade your account to PRO for $99 (one-time, lifetime fee) to access amazing features and boost your custom shoe line even further.

We'll transform your sketch or picture into a unique white shoe template, that you can then customize as you want, using our tools.